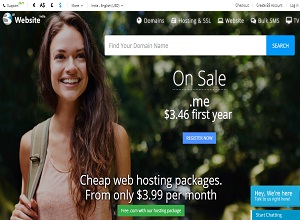 B3 Beyond3000 LTD has been providing reliable and scalable Internet hosting infrastructure solutions with its dedicated servers, managed hosting as well as hardware and software maintenance for many companies in Cyprus.

Founded by Harry Antoniades in September 2006 and headquartered in Limassol since 2008, the company enjoyed a steady growth since its inception. In 2010, B3 Beyond3000 LTD collaborated with a web site development team co-founded by Kyriacos Constantinou & Angelos Ioannou which lead in the creation of their own Content Management System which was called B3CMS

At the beginning, B3 beyond3000 LTD originally operated under the "CyDesigns Advance Solutions" name. It started as a software & hardware maintenance service company.

Operating in the heart of the Old Limassol from 2008 to 2011, close to the Tsirion Stadium, B3 beyond3000 LTD survived the dot com bubble burst and was growing beyond all expectations. At the end of 2011, B3 beyond3000 LTD acquired a 5,000 square foot building and moved its headquarters into its spacious new office.

In 2012 B3CMS moved to their own office and have a team of developers located in Colchester, United Kingdom were are the websites are been developed and maintained.

In 2013 the B3CMS Team expanded their services from having only the Content Managment System, to providing services such us domain name registration, four different hosting plans, advance SMS system for bulk sms and the CMS now was named Platform.

In 2014 B3 went global providing all its services to the world. In addition to that the team integrated a new way of payment called Bitcoin.