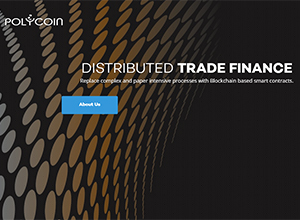 Polycoin provides a set of solution within the distributed ledger space, for banks and other financial organizations , who wish to replace costly, paper intensive and awkward processes with flexible, safe and low-cost smart contracts based on blockchain technology.