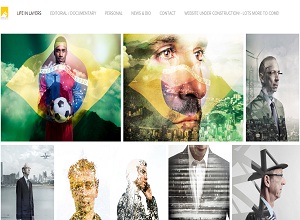 Boris Austin is a freelance British photographer & filmmaker based in London. With More than 15 years of professional media experience, Boris Starting working in advertising as a Graphic designer at the age of 17. He later began to focus more on photography and filmmaking, documenting youth, social issues & music culture in London. After graduation of his BA from the LCC (London College of Communication) he won a scholarship to study an internationally acclaimed MA in Multimedia Journalism (Photography & Film ) which he chose to study in China. After graduation Boris was invited to lecture on the MA and was later contracted to teach photography and multimedia workshops to Unicef journalists in Beijing. His work has won awards and has been exhibited and published worldwide. Boris is Represented by Getty Images ( Creative Contributor ) and is available for commercial, editorial or documentary work worldwide.