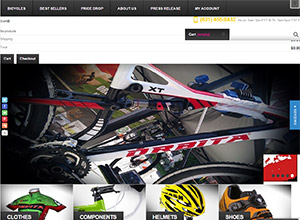 We are the exclusive Orbita Bicycles USA Import and Supply.

Órbita bicycles since 1971 are an European, Portuguese design, production and assembly that has implemented and maintains a quality management system.