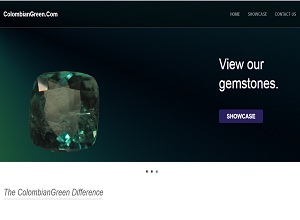 Colombia is the leading producer of the world’s emeralds, accounting for about 60% of the worlds emerald market. Not only is Colombia a leader in production but its stones are known in the industry as the purest emeralds in the world. Most of the emeralds come from two major mines Muzo and Chivor, located northeast of Bogota in the province of Boyacá. Originally worked by Incas 2000 plus years ago, these deposits were discovered by the Spanish in 1559 and have since become center of the worlds emerald production. With the government now controlling mining rights, five to ten year leases are signed with key operators that drive the emerald industries prices and output.