The problem with altcoins 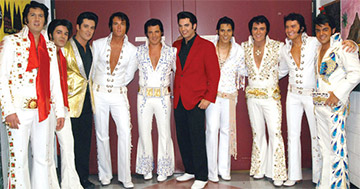 Why no altcoin can succeed

New ideas attract not only visionaries and pioneers but also charlatans and fools. The former group understands the nature and potential of the new idea and attempts to extend it in new ways. The latter observes the success of the former and expects similar results through blind imitation and empty hope, rather like the Melanesian cargo cults which arose after World War II when the American military abandoned its airports there.

This analogy is absolutely appropriate to characterize the many alternative cryptocurrencies modeled on Bitcoin, which are collectively referred to as altcoins. They are superficially similar, but lack what makes Bitcoin a true game-changer. Technologically, they are all very similar to Bitcoin: there is a block chain to store transactions, a consensus mechanism to build the block chain, and a cryptographic protocol to register transactions. Some prominent examples are PPCoin, Primecoin, Litecoin, and Freicoin.

Some altcoins incorporate interesting new ideas, but there is an essential feature of Bitcoin which they all lack. It is not a matter of its technology, but rather of its history and community. Quite simply, a medium of exchange that is more widely accepted on the market is more useful than one which is not. This is known as the network effect. Thus, an initial imbalance between two nearly equal media of exchange will benefit whichever is more widely accepted until a single one overwhelms the rest. There is no limit to this effect: ultimately one would always expect a single currency to overcome all its competitors.