What's going on in the world of Crypto? 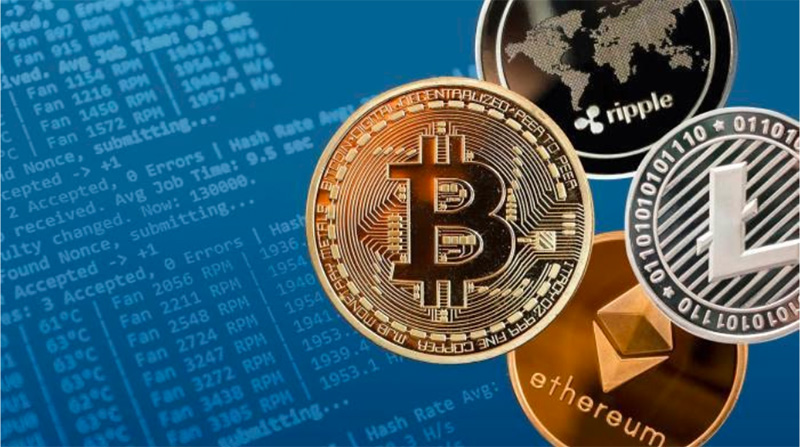 It’s a new year and if 2020 taught us anything, adaptability is truly the key to survival. We hope to continue and expedite our recovery from COVID-19 and part of that means getting our finances back in order. Cryptocurrency can and will help get us there. We will be covering some of the current market trends along with tips and tricks for investing in cryptocurrency so that you too can better your recovery, or just make a ton of money!

If you are reading this and thinking, what the heck is cryptocurrency, don’t worry we will cover some of the basic and fundamental things to consider when dealing with it. The most important thing to understand when investing in crypto is that it is a volatile and radical system. Prices skyrocket and plummet all too often. That’s not to say some of the major cryptocurrencies live in a more stable plane of existence.

Still though, anything can happen. In 2017, Bitcoin’s value peaked at $20,000 and bottomed out at $900. So you can see what we mean. The market functions this way because of the nature of its transactions and the lack of regulation in the system. Since there is no government, bank, or organization tied to all cryptocurrency transactions it has truly become a free market.

There is still much we don’t understand about the system of cryptocurrency. It’s relatively young in its existence, having been given birth by the mysterious Satoshi Nakamoto in 2009, and because of that we don’t have enough data to make accurate long-term investments. Every exchange of crypto is handled by two parties, so unless you are constantly buying/spending you won’t have a good grip on how the market is changing.

Another factor to consider when dealing with cryptocurrency is that all transactions are anonymous. This has and will continue to lead to illicit activity in the industry. This is just a heads up to be cautious with your spending. Self-discretion is advised.

Now that we have gone over some of the basic principles to consider when investing in cryptocurrency, let us discuss specifically how, when, and where you ought to be investing.

Bitcoin: It’s not a surprise that Bitcoin is the number one company in the crypto world. Currently the value of Bitcoin stands above $40,000 while the market cap is nearly $835 billion. That’s the most it has ever been and it is only projected to grow in the long term. Bitcoins also make up approximately 60% of the current market. It is also the most widely accepted, for example, if you want to cash out your BTC a sportsbook is a great option to make your profits grow because many now accept the cryptocurrency now on their sites.

Bitcoin Cash - Don’t be confused by the word cash here. What happened is Bitcoin developers grew tired of how long it took to generate bitcoins, so they created an alternate version which they named bitcoin cash. This allowed them to store 8 times the amount of data that regular bitcoins could. They’ve only been here a few years but because of the efficiency of their work, they are projected to be the top currency in the future.

Litecoin - Another cryptocurrency born out of the desire to generate bitcoins at a quicker pace. Charlie Lee was successful in his creation of Litecoin. It takes only three minutes to mine, which is significantly faster than bitcoin which takes about 10 minutes. The requirements for processing Litecoin are also lower than other competing currencies, allowing more people to mine for it.

Ethereum - This company wants to throw out the internet and instead create one server on which all computers operate on. It sounds like fiction, but it is their vision and because cryptocurrency exits to destabilize money, they share common values. Thus, Ether was born. A cryptocurrency potent enough to sit just below Bitcoin with a market cap of almost $200 billion. Still even in second place, they’re currently no match for Bitcoin.

Dogecoin - Now Dogecoin is one to pay attention to as it is garnering a lot of celebrity attention, thus inspiring fans alike to invest in it. It’s sitting at a current value of $.07 with a market cap just over $9 billion. Recently celebrities: Snoop Dogg, Gene Simmons, and Elon Musk have all voiced their support for the shiba-inu company which have driven prices up by 94%. Keep your eyes on this one.

Trends are hard to predict as we said how volatile the market can be. That being said, it’s worth noting that significant change seems to occur every seven business days.