Will Ripple Make a Wave? (Is This the End of Bitcoin?) 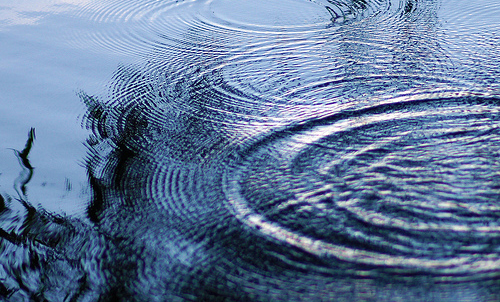 There. It’s been said. Over the last few days we have seen a significant fall in the price of bitcoin and it will be days to years, or perhaps never, before it recovers.

What is causing the sell-off? Difficult to say. But several facts stand out. Bitcoin in April saw a rise to heights that it was nowhere near ready for based on the fundamentals. It fell quickly back, but what we are seeing now may be just a further settling back to historic trend-levels.

It is also true that bitcoin is still a very small economy being moderated by a few exchanges. Since the market value of an exchange is mostly in the expectation of what people think. If expectations drop, value drops, and the value disappears as if (as in fact) it was never there in the first place.

So, the buy/sell choices of a few people on the exchanges can cause a movement of price throughout the bitcoin economy. In theory, a single bid can set the price of the entire economy.

And that is why I am not worried about this being the end of bitcoin. It was not ready to be valued so highly, its infrastructure is still being built out, and the critical trigger that will propel bitcoin fully onto the world stage has not yet occurred.