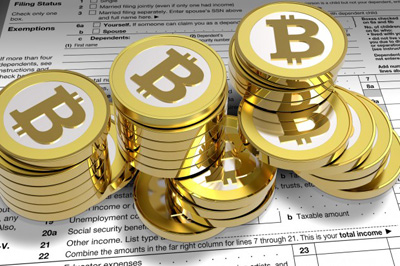 The U.S. Government Accountability Office’s new report on the tax implications of virtual currencies is definitely the GAO’s most cyberpunk moment to date. The report name-checks “World of Warcraft,” “Second Life” and, of course, Bitcoin. Yes, that’s right, the U.S. government is pondering how the IRS should deal with MMORGs (massively multiplayer online role-playing games).

Don’t worry — if you’ve got piles of gold accumulating in your “WoW” account, you don’t need to declare it. Although, if you find a way to sell that gold to some other party in exchange for legal tender, that’s a different story. That’s income, and it’s probably taxable.

But “WoW,” and “Second Life,” are sideshows. The specter of the IRS casting a shadow over Bitcoin, which the GAO concludes is “the most widely circulated virtual currency available,” is the meat of the report. Just the fact that the U.S. government is starting to pay serious attention to the cryptocurrency surely has libertarians getting nervous.

The report is amusing in its disingenuousness. Many people, suggests the GAO, are unaware that virtual currencies could have tax consequences. There’s a lot of confusion out there!

For example, when we performed a simple Internet search for information on taxation of bitcoin transactions, we found a number of websites, wikis, and blogs that provided differing opinions on the tax treatment of bitcoins, including some that could lead taxpayers to believe that transacting in virtual currencies relieves them of their responsibilities to report and pay taxes.